5,000-year-old stepwell found in Dholavira, said to be largest in India 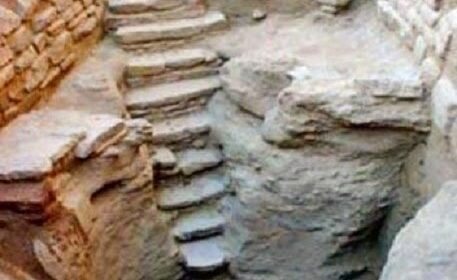 5,000-year-old stepwell found in Dholavira, said to be largest in India

In one of the largest Harappan cities, Dholavira, in Kutch, a 5,000-year-old stepwell has been discovered, which is three times bigger than the Great Bath at Mohenjo Daro.

Located in the eastern reservoir of Dholavira by experts working with IIT-Gandhinagar from the Archaeological Survey of India, the site represents the oldest, largest, and best-furnished ancient reservoir discovered so far in the country.

It’s rectangular, 73.4 metres long, 29.3 metres wide, and 10 metres deep. Another site is also on the UNESCO list, the ornate Rani ki Vav in Patan, named the Queen of the Stepwells.

“This is almost three times bigger than the Great Bath of Mohenjo Daro that’s 12m in length, 7m in width, and 2.4m in depth,” said V N Prabhakar, visiting faculty at IIT and superintending archaeologist, ASI.

“We will conduct spot analysis in December as various surveys have indicated other reservoirs and stepwells may be buried in Dholavira,” Prabhakar told TOI.

“We will study how water flowed into the well and what was the idea behind water conservation,” said Prabhakar.

Precious stones like carnelian were in great demand during the Harappan era. Gujarat was the hub of bead and craft manufacturing industries. “Agate carnelian beads were also coveted,” Prabhakar said.

Siddharth Rai and V Vinod of IIT-Gn are working on characterization of internal structures of various forms of pottery unearthed from the site to identify the diet followed by Harappans.