Blue Eyes Originated 10,000 Years Ago In The Black Sea Region

Blue Eyes Originated 10,000 Years Ago In The Black Sea Region A team of researchers from Copenhagen University have located a single mutation that causes the mysterious phenomenon of blue eyes.  And all blue-eyed people are genetically related to a person who lived in the Black Sea region sometime between 6 – 10,000 years ago. The research was published in […]

END_OF_DOCUMENT_TOKEN_TO_BE_REPLACED

The mystery of ‘The Screaming Mummy’ is finally revealed, and it’s chilling

The mystery of ‘The Screaming Mummy’ is finally revealed, and it’s chilling He’s back. Prince Pentawere, a man who tried (probably successfully) to murder his own father, Pharaoh Ramesses III, and later took his own life after he was put on trial, is now on public display at the Egyptian Museum in Cairo. Pentawere’s mummy, popularly known as the “screaming mummy,” was […]

END_OF_DOCUMENT_TOKEN_TO_BE_REPLACED

76,000-Year-Old Neanderthal Hunting Camp Discovered In Madrid In Madrid, archaeologists have uncovered an ancient camp where Neanderthals conducted ‘hunting parties’ 76,000 years ago to chase down big bovids and deer. Archaeologists think it is the largest such camp in the Iberian Peninsula region, with a total area of 3,200 square feet (300 square meters). They think it may have acted […]

END_OF_DOCUMENT_TOKEN_TO_BE_REPLACED

90,000-year-old human hybrid found in ancient cave It turns out blended families aren’t just the result of two previously established families coming together. A blended family could also be the result of two ancient human species procreating, for example, and creating an ancient human hybrid. This is according to a genetic analysis of a bone fragment belonging to a young, […]

END_OF_DOCUMENT_TOKEN_TO_BE_REPLACED

Giant Lion Carved From Single Tree By 20 People In 3 Years Becomes The World’s Largest Redwood Sculpture A single tree trunk has been transformed into a giant lion called the Oriental Lion, which carries 20 people for over three years. It is now located in Fortune Plaza Times Square in Wuhan, the capital of the Hubei Province of China. […]

END_OF_DOCUMENT_TOKEN_TO_BE_REPLACED 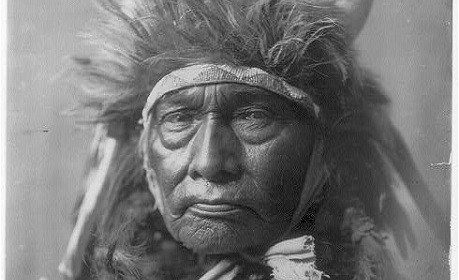 In the early 20th century, 33 striking portraits of native American culture Photographer Edward Curtis embarked on a journey in 1900 that would inspire the work of his life: he decided to accompany anthropologist George Bird Grinnell on a trip to Montana to photograph the Sun Dance, a practice of the Blackfoot Indians. He travelled to Arizona from there, photographing the […]

END_OF_DOCUMENT_TOKEN_TO_BE_REPLACED

The Herero Genocide: Germany’s First Mass Murder While the horrors of the Holocaust are now universally known, there is far less awareness exists of the previous genocide that took place under German auspices, in what was then the German colony of South-West Africa. According to scholars, the first genocide in the 20th century, The German forces killed thousands of Nama’s […]

END_OF_DOCUMENT_TOKEN_TO_BE_REPLACED

Harry Volkman – the first weatherman to broadcast a tornado

Harry Volkman – the first weatherman to broadcast a tornado He has reported for almost every newscast in the city for over forty-five years as a Chicago television meteorologist. He was a top meteorologist in Oklahoma for ten years before that. Harry Volkman wrote some of the many stories in a new autobiography about his life and career, The new […]

END_OF_DOCUMENT_TOKEN_TO_BE_REPLACED

No Jail Sentence for Woman Who Falsely Claimed Rape by Three Unidentified Black Men On March 8, 2017, Breana Harmon Talbott entered a church in Denison, Texas, bloodily and half-naked. Then she told the church officials that three Black people had just kidnapped her and raped her. News quickly provoked outrage, much of it racially motivated, from some publishers and […]

END_OF_DOCUMENT_TOKEN_TO_BE_REPLACED

How one Woman Single-Handedly Saved Portland from the Plague in 1907 At the time of summer 1907, Esther Pohl was a well-known sight around Portland, Oregon. Thirty-five years out of date, with wavy hair piled to the top of her head, she was recognized for cycling from home to visit the patients of her personal obstetrics follow. She had also […]