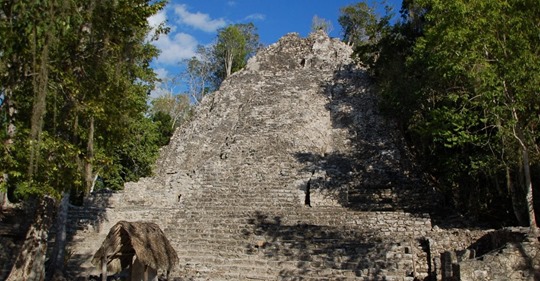 Archaeologists have deciphered the existence of an entire dynasty, which lasted 300 years, in the Mayan city of Cobá.

Cobá is situated on the peninsula of Yucatán in Quintana Roo state in Mexico and was first established between 50 BC and 100 AD.

The area around Cobá saw a large population growth over the centuries, which has made it one of the most powerful Mayan city States and has influenced the social and political status of the region.

After 1000 AD, Coba lost much of its political weight, although it maintained some religious and symbolic importance until it eventually abandonment around 1550 AD after the Spanish conquest of Yucatán Peninsula.

The site is the nexus of the largest network of stone causeways of the ancient Mayan world, and it contains many engraved and sculpted stelae that document ceremonial life and important events of the Late Classic Period (AD 600–900) of Mesoamerican civilisation.

The latest research at Cobá was conducted by the Cobá Project, led by archaeologist María José Con Uribe, and developed by the Ministry of Culture of the Government of Mexico, through the National Institute of Anthropology and History (INAH) in Quintana Roo.

The researchers have been systematically studying stelae, altars, lintels, and reliefs throughout the city and have been able to identify 14 rulers from a dynasty that starts with Ju’npik Tok, who ruled during the Early Classical Period around AD 500.

Although the chronology of when each ruler governed Cobá is inconclusive, the study suggests that the dynasty lasted until the end of the 8th century AD.