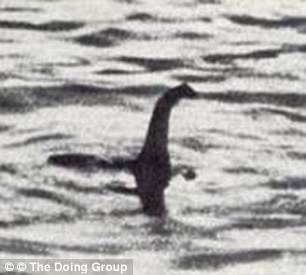 The discovery was made while researching a fossil that was found more than half a century ago in northern Germany.

The skeleton belongs to a plesiosaur, an ancient marine reptile that looked like the Loch Ness monster and ruled the seas during the Age of Dinosaurs. Having now been identified as a plesiosaur, the fossil is one of the oldest of its kind.

‘The most important aspect of this new plesiosaur is that it is amongst the oldest of its kind,’ said study lead author Dr Benjamin Kear, from the Museum of Evolution at Uppsala University in Sweden.

‘It is one of the earliest elasmosaurs, an extremely successful group of globally distributed plesiosaurs that seem to have had their evolutionary origins in the seas that once inundated Western Europe.’

First unearthed in a clay pit in Sarstedt near Hannover, Germany, in 1964, the fossil was kept for decades by private collectors.

Scientists were only recently allowed to study the remains of the ancient animal, which were being held at Germany’s Lower Saxony State Museum.

The skeleton of the beast includes most of the skull, which had a meshwork of long fang-like teeth.

‘The jaws had some especially unusual features,’ said study coauthor Dr Jahn Hornung a palaeontologist based in Hamburg.

‘Its broad chin was expanded into a massive jutting crest, and its lower teeth stuck out sideways.

‘These probably served to trap small fish and squid that were then swallowed whole.’

The upper jaw shows internal channels in the bone, which scientists think could have contained a network of nerves linked to smelling receptors in the snout.

These may have been used to track and locate prey.

The new plesiosaur has been named Lagenanectes richterae, which translates as ‘Lagena Swimmer’ after the medieval German name for the Leine River near Sarstedt, Germany, where it was found.

Dr Annette Richter, the Chief Curator of Natural Sciences at the Lower Saxony State Museum, who helped to identify the fossil, inspired the second part of the new species’  name.

Elasmosaurs were among the largest plesiosaurs, sometimes growing up to 15 metres in length.

They had very long necks that housed up to 75 vertebrae.

The reptiles dominated the seas during the Cretaceous period (145-66 million years ago) but went extinct at the same time as the dinosaurs.