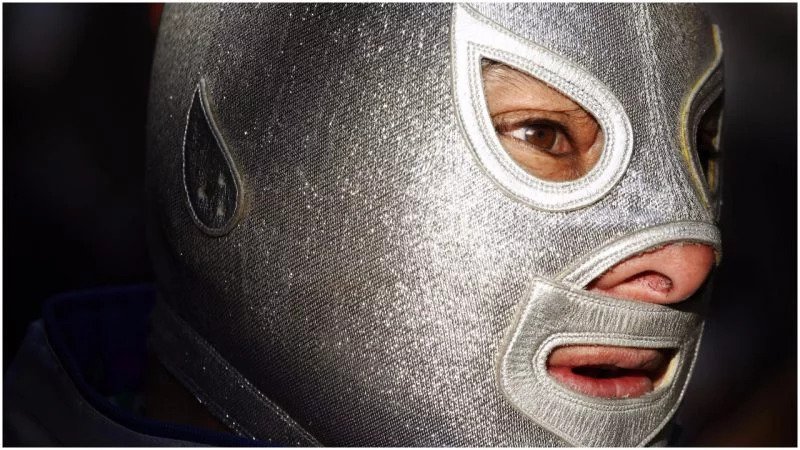 Santo, as everyone calls him, was a cultural personality who not only was a sign of Mexico and people adored him a lot. he was a social icon. He rose to the status of a folk icon; he was featured in an animated series, together with comics written by Santo. He has appeared in over 50 films.

He was famous never to take off his mask, which means that many of his followers have never seen his face for most of his life. Neither his colleagues nor his crew noticed what he looked like, nor did he take off his mask during personal gatherings.

He had a peculiar “mealtime” mask, which had his nose torn off to allow him to eat. When he was meant to travel by plane with his crew, El Santo would always have thoroughly booked another flight for himself to prevent being seen by his team.

He learnt jujitsu first and then classical wrestling. He was enthusiastic about the art of lucha libre and debuted as Rudy Guzman, who was the first step in his legends in the professional wrestling ring, in 1934.

Guzman was a well-established wrestler by the early 30s who fought with the titles “El Demónio Negro,”‘ El Hombre Rojo’ and “El Murcielago II,” the “Bat II.” But the wrestler Jesus Velazquez, the original El Murcielago, appealed for the boxing and wrestling committee in Mexico to prevent Guzman from using the title.

Thus, after the suggestion by his manager, he took the name El Santo and, on 26 June 1942, for the first time, he wrestled as El Santo in the Mexico Arena.

After the iconic game in 1953 with Black Shadow, El Santo became a sort of Mexican star in the arena. That made Black Shadow withdraw from the fight because to lose the mask in a Lucha libre was the ultimate defeat.

However, soon after his win, the Blue Demon’s “legendary” defeat followed the same year. Although the two wrestlers have acted in several actions and adventure films, their rivalry has lasted always, especially because Santo couldn’t let go of his loss.

El Santo became a comic-book character in 1952, and his popularity was compared with the superhero Kaliman. Because El Santo’s comics in Mexico were such a success, he played his first part in the Santo vs Evil Brain film of 1958.

He has also become a star of films, performing in over fifty films, including Death Santo Faces, Zombies Santo V’s, Frankenstein Daughter., and Santo Vs. Vampire Women, the most famous one in 1962.

In the beginning of the 1940s, El Santo married Maria of Los Ángeles Rodríguez Montaño and had ten kids.

The Mexican hero kept fighting and acting until 1982. He fought on a go-ahead trip that ended one week before his 65th birthday.

Santo has always attempted during his life to maintain his mask on his face and also to not allow his (almost all Mexico’s) supporters to be seen before 1984.

That year, during the “Contrapunto” conversation, he lastly drew his mask in public. 10 days ago on 5 February, he died from a heart attack. The first El Santo sculpture, which many follow through Mexico.

Jorge Ernesto Guzman Rodríguez, Santo’s eldest brother, was a wrestler in his father’s footsteps. He battled under the title El Hijo del Santo as his heritage of the silver mask. Santo’s grandson (of another of his children) began to wrestle in El Santo, Jr. in Japan after his retirement in 2014.

Santo’s youngest son, Jorge Ernesto Guzmán Rodríguez, followed in his father’s footsteps with a wrestling career. Inheriting the silver mask, he fought under the name El Hijo del Santo. After his retirement in 2014, Santo’s grandson (from another of his sons) started wrestling as El Santo, Jr. in Japan.

On the 23rd of September of this year, Google Doodle celebrated El Santo’s 100th birthday. To “translate” his importance to the world, Felipe Carrillo Montiel, an El Santo expert, has said, “While Americans had Superman, Batman or Spider-Man, we had Rodolfo Guzman, El Santo, fighting everybody from the mummies to the Nazis, but unlike those American superheroes, he was a real man—you could read his comics during the week and then go see him wrestle on the weekend at your local arena.”